America, Land Of The Free, Home Of The Brave

In a timeless old west landscape, a mix of sagebrush and saguaro cactus, two brave Americans are on the run from la migra, accused of crossing the Rio Grande without papeles.
The sound of approaching horse hooves and a cloud of dust rises as the Cisco Kid and Pancho appear above the rocky crags. Cisco’s paint rears above a peak and Pancho, a 75-year-old Californio, follows on his golden palomino.
There’s a disturbance in the land and the gallant caballeros gallop on along the trail. Soon they hear voices shouting in the distance, “The children! The children!” Pancho hears women moaning and crying as his horse Loco pulls up in front of a large makeshift encampment baking under the hot sun. There are several tents surrounded by a chain link fence. General George Armstrong Custer has just been appointed to lead Immigration and Customs Enforcement, ICE. He raises his M16 rifle as Cisco arrives. Cisco asks, “What have these women done?” Custer explains, “The women and their children arrived without papers and our leader has ordered us to detain them because he doesn’t want murders and rapists to infest our country.”
“¡Ay, dios mío! ¿Dónde están mis niños?” one woman asks from behind the fence. Other voices are Heard, “El Trump me los ha quitado. El Trump es el más malo.” Donald Trump is the charismatic boss of a malicious cartel that wants to Make America White Again (MAWA). To discourage the most desperate women and children from escaping poverty and the terror of crime, murder and rape in Central America, he has ordered ICE agents to seize the children and separate them from their mothers when they cross the border.
Aunt Bea tells Andy Griffith, “That just ain’t right.” Judge Judy agrees and orders Trump to reunite the children with their parents. She tells Trump’s lawyers that the ICE policy is sadistic, un-American and unlawful. Trump’s lawyers say they don’t know where the children are. Judge Judy says, “Don’t give me that crap!”
Back in Washington D.C., where Trump has his hideout, El Zorro, dressed in black with a mask and cape climbs the White House walls, runs down the hall eluding the most sophisticated high-tech equipped Secret Service agents and slips into the Oval Office. A surprised Trump, choking on his cheeseburger, calls for his guards, but they can’t enter. Zorro has skillfully placed a chair against the Oval Office door.
Zorro asks Trump, “Where have you hidden the children?” Trump says he doesn’t know and can’t remember where he left the paperwork. “You say you’re a ‘stable genius,’ and your administration works ‘like a fine-tuned machine.’ You’re no genius, Donald Trump, you’re a liar,” Zorro says in disgust.

Zorro picks up the red phone on the Oval Office desk. Vladimir Putin answers. Zorro tells Putin to stop giving Trump evil ideas. “Niet!” Putin answers, “could be somebody sitting on their bed that weighs 400 pounds gave him those ideas. I would have poisoned them, you know.”
Zorro unlocks Trump’s desk and finds the papers that tell where Trump is hiding the 200 toddlers. He pulls out his iPhone and clicks the Cisco Kid icon. He tells Cisco the babies are in the desert in cages designed by wicked Stephen Miller.
Zorro carves a “Z” on the long red tie Trump wears to symbolize the long penis he wishes he had but doesn’t. Secret Service women are breaking down the door as Zorro leaps through the window and off to safety.
Back in Texas, Cisco and Pancho ride past the ICE guards who are having a siesta under a saguaro cactus. Pancho, an engineer by education and training, finds a weakness in the fence and frees the 200 babies, returning them to their mothers. Trump fumes while people of good will all over the land celebrate.
Tune in next week, boys and girls, to see Cisco and Pancho save NATO! 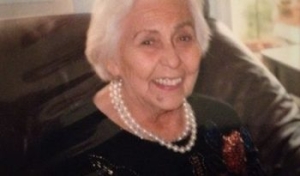 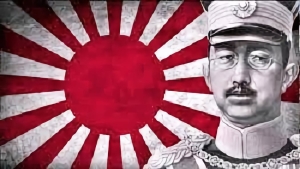 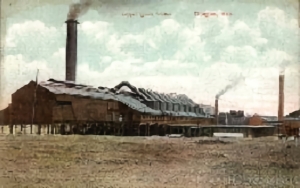